Former Manchester United striker Zlatan Ibrahimovic has signed for LA Galaxy. He said that he is excited to join a team such as LA Galaxy and that he is ready to do his best to help the team win trophies. The former Swedish international said that MLS football has evolved a lot and that it is now attractive for professional to come and play there.

The Mas brothers are the leaders of MasTec telecommunications while Son is the Founder and Chief Executive SoftBank. Beckham has a diversified and competent ownership team that also includes the founder of Brightstar and the chief executive of Sprint Marcelo Claure. Entertainment entrepreneur Simon Fuller is also part of the group that is set to complete the ownership of a stadium site.
END_OF_DOCUMENT_TOKEN_TO_BE_REPLACED 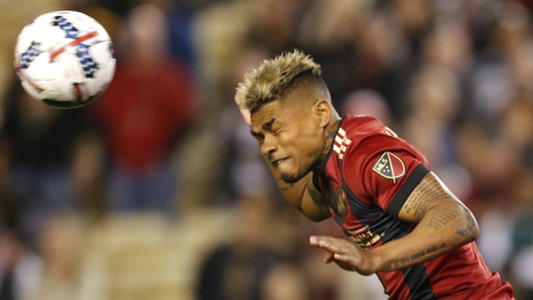 Martinez helped United equal an MLS record in a 7-0 thrashing of New England Revolution, while the Vancouver Whitecaps moved top.

Martinez scored a hat trick at Mercedes-Benz Stadium as Atlanta equaled the largest margin of victory in MLS history.

It took just 73 seconds for Martinez to open the scoring, the Venezuela international finishing powerfully from an angle.

New England was reduced to 10 men in the 16th minute as midfielder Xavier Kouassi was shown a straight red card.

The Revs’ outing would get much worse, Martinez scoring two penalties – both times after handballs – and Antonio Delamea Mlinar seeing red for giving away the second spot kick.

It was 4-0 before halftime as Anton Walkes struck, and Atlanta would net three more in the final 20 minutes.

Seattle Sounders coach Brian Schmetzer wants the referee to protect his players more on the pitch. He said that opponents are targeting their offensive players and are not afraid to make fouls in order to slow them down.

The head coach said that he is appealing to the league to provide more protection for their players, but at the moment he does not see anything concrete.

Brian Schmetzer said that the targeting of his players started in the game against Colorado Rapids and their opponents made 18 fouls on that day. He said despite the fact that the referee gave them five yellow cards this did not prevent their opponents from hindering their game.

The Seattle Sounders coach said that it is difficult for his offensive players to perform in this condition and this is affecting their results. END_OF_DOCUMENT_TOKEN_TO_BE_REPLACED

Many feel it is a wrong career move to go to America now but the player is 31 years old and reluctant to join another Premier League side where he would receive small money and no guarantee of regular shirt. The best chance he could get is for Ronald Koeman to sanction a deal for his return and his wages not lower than £150,000 per week. Aside this MLS football is likely his best shot. END_OF_DOCUMENT_TOKEN_TO_BE_REPLACED