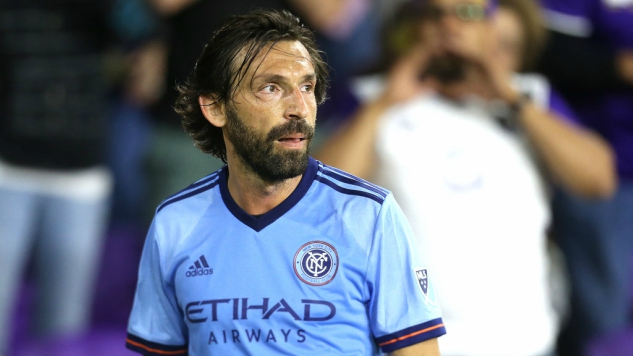 Andrea Pirlo has been performing in the MLS since July of 2015 and the Italian player has learned how things work in the American League and Pirlo believes that there are some big flaws in the MLS which might slow down the progress of the football league. END_OF_DOCUMENT_TOKEN_TO_BE_REPLACED

Jay Sugarman is the chief executive officer of Philadelphia Union and he has voiced his sense of urgency that has recently been brought up after having lost so many matches in a successive manner.
END_OF_DOCUMENT_TOKEN_TO_BE_REPLACED

The manager of LA Galaxy was left flabbergasted after seeing the news that Dos Santos was not part of Mexico’s squad that will face off against Argentina on September 9. The Mexican attacker was not included in the friendly game that Mexico played against Trinidad and Tobago either.

Dos Santos has managed to stand out since arriving to LA Galaxy as he signed with the MLS club on July 15 of the ongoing year and so far has been one of the best players on the pitch as he scored 3 goals and provided to his teammates 6 assists during his 6 opening matches as a player of LA Galaxy.

Bruce Arena believes that Dos Santos deserves his place in the upcoming friendly matches of Mexico as he said: “Yeah, I have thoughts about it but it’s certainly not my business.I would just think that they have a pretty good team if Dos Santos wasn’t called up. Those of us who have been with the national team are used to this by now and we know now to adapt as quickly as possible to what a new coach wants.The good thing is that many of us know each other well and how we play already. We just have to adapt to the new philosophy of the new coach.” END_OF_DOCUMENT_TOKEN_TO_BE_REPLACED

LA Galaxy managed a narrow 1-0 win over Houston Dynamo and it could have been a very different result had it not been for some poor refereeing decisions according to the opposition manager Owen Coyle.

The former Bolton Wanderers manager felt that his team should have been given a certain penalty that was not deemed as a foul by the referee. To add to the misery, his team considered an injury time goal despite having seen the opposition reduced to just 10 men after Sorto was sent off. Houston Dynamo were unable to get the much-needed goal that would have given them entry into the play-off places.

As it is, it is LA Galaxy who leapfrog them into the sixth place with both teams having played the same number of matches. LA Galaxy have one more point than Houston Dynamo in what is turning out into a disappointing campaign for the club. The much anticipated arrival of Steven Gerrard cannot come soon enough for Bruce Arena. Houston had managed to keep LA Galaxy out of the danger for 90 minutes, but the goal in the 91st minute brought a sigh of relief to the home team manager. The defeat means that Houston’s two match winning run has been brought to a halt. END_OF_DOCUMENT_TOKEN_TO_BE_REPLACED

Philadelphia Union’s poor form in the league continued after a 3-2 loss against Sporting Kansas City. This was my third consecutive league defeat for the club and it left them 10th in the table after five matches. Any hopes of topping the league at the end of the campaign have disappeared after this poor start but Philadelphia boss is confident of recovering back to winning ways. The league started with two back-to-back draws and it has never been the same for the club in terms of confidence. Even though they scored three goals in the opening two matches, Philadelphia have managed only two goals since then.

The club’s head coach Jim Curtin admitted that this was a difficult match, but he was disappointed with the way the team defended despite having been notified of the attacking prowess of sporting Kansas City. Philadelphia had enough chances at the other end and this was reflected in the two goals that they scored, but the defending was not good enough to keep. Pressure continues to rise on the club and its manager, as they take on New York City in the next match. The home match will provide some confidence to the team in their efforts to get the first victory of the season. END_OF_DOCUMENT_TOKEN_TO_BE_REPLACED